First Dev. made Cass (Ass) broke the arena, as I said in other topic I don't have much issue with her skill alone
but right now many team use combo Cass + Rhea (GL) which can almost instant kill and with stun remaining unit at 3rd turn if they move second

I don't feel like this is tactic game anymore, before even if I lose it due to my mistake, but right now I'm give up, this week I Win 195 lose 10 (rank 1-10)
and those 10 time all lose by many player with Cass + Rhea combo

so this game just down to coin toss LOL

Second slight buff raid boss 2 ... how that slight they made Rhea GL don't work now, some player just discover how to fight
1st time Arthur skill for first raid 2 boss at test raid, dev. see player find way they made them not work, now they do it again with Rhea,
Still it good to see many player use other way but this feel like in future we will see player share strategy less and less

If they think it too OP why not wait till raid 3?

how is this strategy game then?

I don't understant dev.
When many player complain about Cass they ignore have they ever try to fight upper rank arena them self?
When player find a way to fight raid, they change it when nobody ask

ps. Of all complain I still love this game, but I think it time to move on since I already got my goal final milestone

Farewell to you, Hungshu, if are truly leaving the game. We will still be here to voice our opinions. 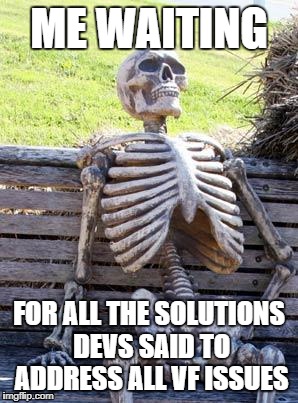 I also felt like the game was taking a less strategic road, right down the hellish way of money. But hey, Android games...

Strategy ? Nah, do rangers or buy Cass (well, there is still tanks+mystics that is great, at least, but everyone play rangers everywhere, that's boring).
I still have goals so I'll not be leaving right now, and I have foolish hopes,but I may follow your steps one day...
May you find another great game ?
Top

Firstly, I find it sad that there has been no commotion stirred by this at all. I can't believe nobody is mentioning how broken Cassassin is. You could argue that she has checks but foolproof counters, none at all. While Zhuge WL has now been added to check Cassassin, that means you are forced to use either Taegen MW, Raegar or Zhuge just for the sole purpose of blocking Cass. This is also requires you moving 2nd or else, Cass will be able to cast her 1hit KO spell. I can't believe people in here would think she doesn't need a nerf and seeing the lack of attention for this thread makes it apparent. She'd appreciate higher ATK of course but even if you use her at Lvl 1 at +0, she could have the ability to kill even your 30k HP/18k DEF tank. How is that balanced, people?
Top

I agree that Cass assassin is ridiculously unbalance. The ability to just otk not one but 2 of your units on turn 3. self revive. Trigger others to crit atk causing for your units to be stunned.
I am really shocked at how they allowed such a crazy unit exist.
Cass assassin and rhea on third row is so unfair that I am speechless.

I too feel its impossible to win if they start 2nd.

The only reason why not a lot of players are complaining is because they have their own cass assassin.
I believe that XII braves will never do anything about it. Thats what they have always done.
I really hate games that claims that its a strategy game but in the end you lose to a coin flip.
Just like how I build a whole tank+mystic team to try to survive archers.
Only to see them able to kill your whole team even the third row on their 1st turn.

Can the mods and dev share their opinion on what kind of team is able to win this cass and rhea combination on 3rd row when they can reach their turn 3 skills first.
I do not believe that this is a fair unit even for dark lord standards.
Top

There are some ways to counter Cassin/Rhea at the moment,
None of them are counters are 100% counter to Cassin/Rhea, but they ARE counters and ways to mitigate. Here's what I think:

1. There should be counters to dark lords, but the counters shouldn't work with 100% chance. They are Dark Lords after all.

2. Hungshu tries to complain about the coinflip nature of going against Cassin/Rhea, but tries to justify it with a screenshot showing a win rate of 95%, and comes off as giving the impression he wants his squad to be stronger and reach 100% win rate. I think nobody really responded because... well the complaint just comes off as sounding ridiculous. No squad should have a 100% win rate, there should always be a counter to your squad. There should be a rock-paper-scissors thing where you are strong against certain squads, but vulnerable to certain other squads.

The Cassin/Rhea combination is indeed very very strong, and I also think some minor nerf should be applied to allow slightly more possible counters. I'm just saying that there are already counters, but using these counters will of course weaken your squad against other squads and lowering overall win rate. That's part and parcel of the whole arena, players should be using squads to counter the "arena meta" and try to win the majority of players that they queue against. If using such a counter would lower your overall win rate, and is not feasible to use, then that does not mean no counter exists, the counters just hasn't gained enough popularity because there aren't enough opponents running Cassin/Rhea to justify using the counters to improve one's win rates.

3. SDD was never intended to be used in Raid 2 by the developers in the first place. The general public seemed to have misinterpreted the developers who once said "We challenge you to try to use SDD in raid 2" as a real challenge rather than as a statement of intent that you're not supposed to do it. I can understand the rage when things get nerfed after players have invested resources into heroes, but I also think it was fairly clear any future form of SDD would not be allowed to exist, especially when the new Snow-based SDD is capable of clearing ALL game content that doesn't have 15-hit counters or on-spawn debuffs.
Top

Hmm so the main way to defeat the combination is to use another luck related team?
Its like saying beat a cancer team using a more cancer team.

I like the idea of breaking up your aura so that not all your unit get hit by the skill. But you still cannot counter the instant stun.
That kind of strategy is fine i guess if it works. But it still really frustrating that the combination stuns 3 of your units while killing one of your units at a really really really high rate.
I lose up to 2 turns of arena turns because of the stun and death procs frequency and it really feels like no outplay.

Well I may be wrong but my impression of the strategy game is that you win or lose based on decisions you make.
I really do not think that a game that make you lose because of a coin flip is in anyway enjoyable.

Btw Xinhuan can I ask, does the premium mystic weapon set help survive against your crazy insane team?
I do not want to commit to a cash weapon just to see that my full def talent mystic hiding on 3rd row with def aura dying to your high damage archer team.
Top

I don't disagree about the coinflip part. Even playing rangers myself, if I meet another ranger squad, hey its a coinflip right? The thing is, I accept the coinflip nature of it, there are battles that cannot be won, it is simply not realistic to have a squad that has a 100% win rate against every possible team out there. If such teams exists, I would say these 100% win rate squads should be nerfed.

There's 2 parts to arena, one is the micro - the strategy inside each arena match. But there's also the macro - the strategy (squad) you choose to use based on what everyone else around you is using. I understand perfectly, coin flips aren't that fun if the strategy is lost in the micro, I just wanted to point out the absurdity of having a 95% win rate and still complaining about coin-flip battles that only affect a mere 10% of Hungshu's matches (where he wins 5% of them and loses 5% of them), as he pointed out ALL his 10 losses are to Cass/Rhea. Is the problem as big as it really is, if you only meet a Cass/Rhea team 1 in 10 games?

Btw Xinhuan can I ask, does the premium mystic weapon set help survive against your crazy insane team?

Crit multipliers are added up, 1.5 for base crit (if it crits, else the whole multiplier is just 1 for a non-crit), 2.0 for Lanzerk, 0.8 for Nimue, etc.
Attack multipliers refer to ranged attack penalties, or bounce damage, or splash damage multipliers.
Survival talent refers to the talent that reduces your incoming damage.
Top

I see, i guess its a difference in opinion and expectation of what one expects in strategy game.
Some people like me do not think its fair to have a outcome for a strategy game to be decided in a coinflip.
Personally i feel content when losing to teams that I lose due to wrong move or I make a risky move and lose because of it.
But it is really really frustrating to lose before you can do anything. Like turn 1 against ranger team and turn 3 against cass and rhea.
Not being able to make any move while yr team just get destroyed just seems like a strange decision for a game where strategy is suppose to be a core component.

Right now my mystic are receiving 200 to 300  normal plus damage from most archers crit atks(not yours, your's hit like a truck) however the magic atk, those in the bracket are actually dealing more damage to me than those normal atk in the 300 to 500 range. So my mystic which has like 21000 mag and 9000 def on 3rd row still dies from multiple trigger from archer. I am hoping to know whether the 2k def has any hope of  helping to survive the archer onslaught .
Top

Yeah, the "Extra Magic damage" talent does pure damage, meaning that extra magic damage cannot be reduced by MAG or DEF stats. The DEF buff from the paid mystic set would not work against that talent.

Consider though, that Double Strike rune will be getting a nerf in a couple of weeks, so rangers won't be able to trigger as much as they do today.
Top
Post Reply
Who is online In total there are 8 users online :: 0 registered, 0 hidden and 8 guests
Users browsing this forum: No registered users and 8 guests based on users active over the past 5 minutes